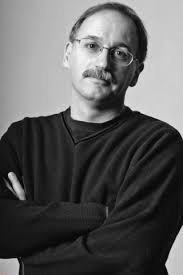 Fifteeen years ago, the Iowa Writer's Workshop named Lan Samantha Chang as the first female director of the program, perhaps the most prestigious writing school in the world. Much has been said about Chang, who as a 1993 grad of the program was one of the youngest writing teachers to hold the post.

Iowa has the cache of Harvard among graduate writing programs. It celebrates its 85th year this summer. "Students are always interested in finding a place and a group of people that allows them to pursue a writer's true work, which is thinking," Chang said in an interview. Indeed, a group of people is essential to the writing life.

Shepard also told us — by way of teaching from the balls of his feet as we took apart a manuscript to see what make it work — that narrators are more sympathetic when they treat themselves with a brusque manner, "rather than those who piss and moan."

Shepard was like that: funny in a tough way, but never mean-spirited about his advice and counsel. I consider myself lucky to have learned from him for a week. For a great book on the Iowa Writer's Workshop, I recommend The Workshop, edited by Iowa grad Tom Grimes. It's full of remembrances of the community in the workshop, as well as great stories from its graduates. To find a bit of Conroy's legacy, dig up and enjoy The Eleventh Draft, a series of essays Conroy assigned to Iowa graduates about the craft of writing.