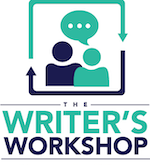 Remove filters to get your POV closer

Some easy writing advice to follow, offered all the time, is show instead of tell. But it takes careful work to preserve the showing while you remove filter words from your writing. These are words that make a story less vivid and make the writer more obvious.

You don’t want the latter to happen. We tell stories, but we don’t want our readers to focus on us as storytellers. Write memoirs or essays if you want to be seen while you tell the story. Fiction has several key elements, and none of them give writers a reason to show themselves telling. Not even first person.

In third person, the telling is even more tempting. Make a list of these barrier words and post it next to your computer screen:

You rarely need these in fiction’s narrative writing. (In dialogue you are permitted to do almost anything—but the dialogue has to propel the plot, or reinforce character traits, or make extra conflict). At the hardest end of the filter cutting, thought and decided can be erased by first-person limited point of view.

He thought he could wrestle the gun from Steiner’s hand.

He could wrestle the gun from Steiner’s hand.

The wagon sank in the mud. (We should know it’s Randolph doing the watching.)

Let a reader observe the action itself in the writing. Visuals rarely need “watched” and “saw.” Sensations like smell (one of my favorites) should be unique or pungent enough to stand without the verb smelled. The fuzzy filter is felt: it’s almost useful while you describe a texture. But the stubble on his chin felt rough can easily become The stubble on his chin was rough.

Go through and check your writing during revision. After a while, you won’t even write first drafts using filters.

characterization, Writing Tips
← Next PostPaths to publication
Previous Post →Know if you’ve got what it takes to be published?