For my family, it’s the real Father’s Day 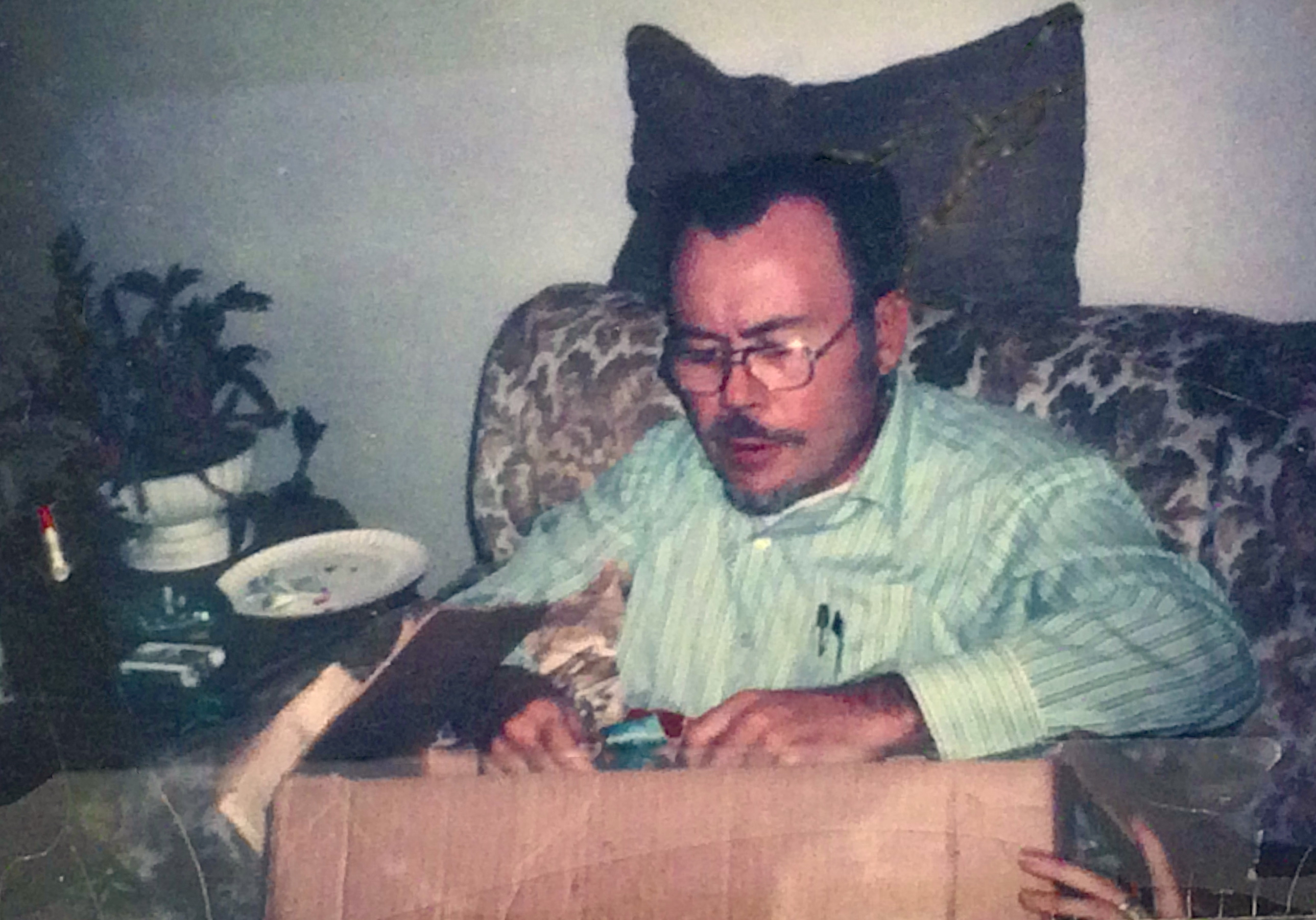 It is June 3, my genuine and personal Father’s Day. This is the day Dad was born, his birthday that we celebrated in cakes and songs, wrapped in the sweet hugs that children give a father who’s a little lost about when to embrace his growing-older kids. That was my Dad, many times, unsure if the best thing to do and say was to correct and critique, or to praise us without any regard for the truth.

Father’s Day was created by greeting card companies, he would tell us whenever the floating holiday would appear. His day was always June 3, as immovable as his efforts at loving us.

He was born into a world that was already in full roar in June of 1927. His brother was nine years older and his sister five, so Bobby Seybold might have been a surprise baby. He grew up sickly and small for his age, although by the time he became my dad I could never believe he’d ever been small at anything. He could be loud and harsh, or uncork a belly laugh that made me sure whatever was happening was funny to its core.

I have no clear memories of any particular birthday of his, other than the one I missed because I was away in Army service. I’d been in Texas since November, and in the weeks before June of 1977 I sent him a box of contraband fireworks from Tennessee. I’d driven past fireworks stands on my way back from Ohio, reporting for duty in Killeen, Texas at Fort Hood. Along the way, I got the idea of giving him a box of rockets and roman candles and M-80s.

I sheltered the contraband away until June approached, then simply dumped it into a cardboard box and put the powderkeg into the US Mail. He might have got it during a year when he was at sea, emotionally. Dad was turning 50 in 1977, a birthday when a man sizes up what’s become of him and what remains. It was that way for me, anyway, so perhaps the day gave him pause, too.

One of my cherished photos of Dad is from that day he opened that box. He is professional in his dress, the close-striped collared shirt unbuttoned at the neck, a pair of ballpoint pens in his shirt pocket. He’d been losing weight that year, maybe the result of the depression that pulled him down with its undertow. Yet on resting the face of this giant chieftain of my life is a childish grin.

In the box was the explosive fun he shared with me and with my brother. Daddy shot off firecrackers on the concrete driveway that he poured beside our tract house in Point Place. We’d light the fuses and run together, even if it was just out into the yard. The strings of Black Cat firecrackers, 30 to a rope, were the most fun. He was good at imagining the danger in them, warning us in a steady voice to be ready in case the fuse burned too quickly.

He was good at creating a kind of silence that warned me. Downstairs in his lair, where silence was broken in his workshop only by the sounds of radios and the squealing of just-built circuits, he would escape from us. He loved us in an effort that failed him whenever he spoke to us. He could mimic my mom’s voice, all rich with her notes and melody, that voice of hers not yet rasped away by another 40 years of Pall Malls and Virginia Slims. But my father—we called him Dad to creep closer to his heart, to encourage his nurturing—could not mimic mom’s Irish cheer and benevolent lies. Dad had no script or incantation to send to me, no voice to let him heap praise where it was deserved only in part.

He was quiet and focused in the logic of electronics, the echo of his job in television. He worked at the bench in our basement during the era when TV was the shit, as we would all say someday later about computers and then the Internet. His TV career was like novels were in the 20s, like radio in the 30s, like movies before the Big War and beyond. He loved himself in that silence that he infected our wood-frame house with, the home he painted in Sherwin Williams aqua, a time when such names of paint colors didn’t evoke fruits or confections. His silence was as tactile as play-doh to me.

His 50th birthday was the last the family would ever see. The next year he took his own life. Maybe his fuse burned too quickly for even him to predict. His departure was stunning to me, in large part because I was not at home to watch the undertow.

He made me in ways both great and small, grand and petty. He would have been 92 this year, an age he might have not seen in any case. I cling to the loving lessons of the smile under his brusque mustache, the nights he taught me in the basement photo darkroom, developing the images of family that endured as his legacy.

A Perfect Postcard for the Next Life 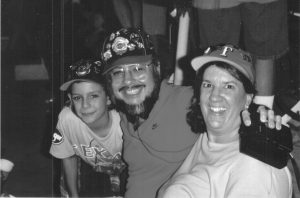 In my creative workshops we use an exercise — we write a memory we could carry into the next life. It’s gotta fit on an index card. Here’s one of mine. It’s from my forthcoming parenthood baseball memoir, Stealing Home: A Father, a Son, and the Road to the Perfect Game.

That night I didn’t feel the late July Dallas heat. Even though I’d seen that perfect game on the diamond in person, I craved a screen. Watching any event was just more real if it was on a screen. Dad taught me that TV made everything real.

The Rangers’ new ballpark had a Dr. Pepper scoreboard screen, and upon it, the triumphant Kenny Rodgers, the pitcher of the night’s perfect game, grinned. I was an ex-sportswriter by that night, but I still took notes in the margins of our Bibb Falk scorebook with its sweat-stained blue cover. The notes would have to do, because a video camera was not luggable on that night 25 years ago.

I watched the scoreboard’s lights shimmer in my son’s eyes. The noise of the crowd, all 47,128 of us, rattled off the skybox fronts and the fresh green concrete of our third deck section. Beside me and holding his Indians cap, Nicky beamed, laughing and hooting. Dottie hollered and then the field got quiet while Rodgers talked, a headset wrapped around his face, pretty much speechless except for varieties of, “I didn’t see this game coming.”

Me either. Not any sign that the night would deliver an official major league Perfect Game, Number 14 across 125 years of baseball history. It is the rarest outcome in all of sports. My heart buzzed, finding the luck of perfection when I was no longer looking. I had the greater luck to have my family in full under those lights that night. Two weeks of travel to eight ballparks had become the road to the perfect game.

Where do we find the perfect moments in our lives? Often in places where they find us. As a divorced dad, I pursued a perfect moment with my son. Sports was our bond. The perfection which played out was luck I believed I’d earned.

Get the Write Stuff. Weekly news and industry insights, inspiration, plus instruction to help you write and publish. Complete the form, then check your email on Fridays. Easy unsubscribes, and no spam. Keep up with what authors need to know and learn about publishing and writing.