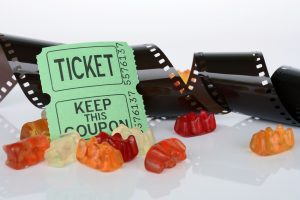 As it turns out, the money is not just in selling your ebooks on Amazon and Kobo. It’s getting your popular books’ sub-rights sold—by an open-minded agent.

Laurie McLean answered a Q&A for the Writers’ League of Texas and noted that self-published titles are part of her client list. Authors publish their own novels (McLean represents genre books, too) and then she gets the chance to sell sub-rights: movie tie-ins, audiobooks, foreign rights and more.

So mid-six figures is $500,000 for a self-published genre book. That ebook success makes those sub-rights a swifter sale for McLean. Neither she or the author have to prove the book’s success. The titles are already selling on ebook outlets by the time a movie rights deal gets negotiated. These authors work very hard at selling their ebooks. That kind of success is more likely, most of the time, than getting an agent to pick up a debut author for representation and then winning a deal for that writer.

Six years ago I heard McLean speak at the San Francisco Writers Conference. Self-published books were a novelty in those days. Well, not exactly true: the successful self-published book, making $50,000 or more, was rare. But even in 2011 McLean saw a genuine career path for the indie-published writer. She’d talk to somebody who desired a self-pub route, she said on a panel. Now she runs Fuse Literary, where the collective of agents oversees dozens of author careers. A career is what an author desires and what McLean works to establish for debut writers. Her specific services list that shimmers versus the public offerings of so many other agents:

As soon as they sign the agency agreement to work with me, we begin with an author branding session on the phone, Skype or Slack where we determine how to describe that author in order to attract the kinds of readers (and editors) who’ll love what they will write. We also do a career planning session as well as a social media audit. Armed with that kind of information, we progress to the work in progress. I do an edit, which might be light or heavy depending on the state of the manuscript, create a pitch list of editors/publishers and a pitch email, then I go to work.